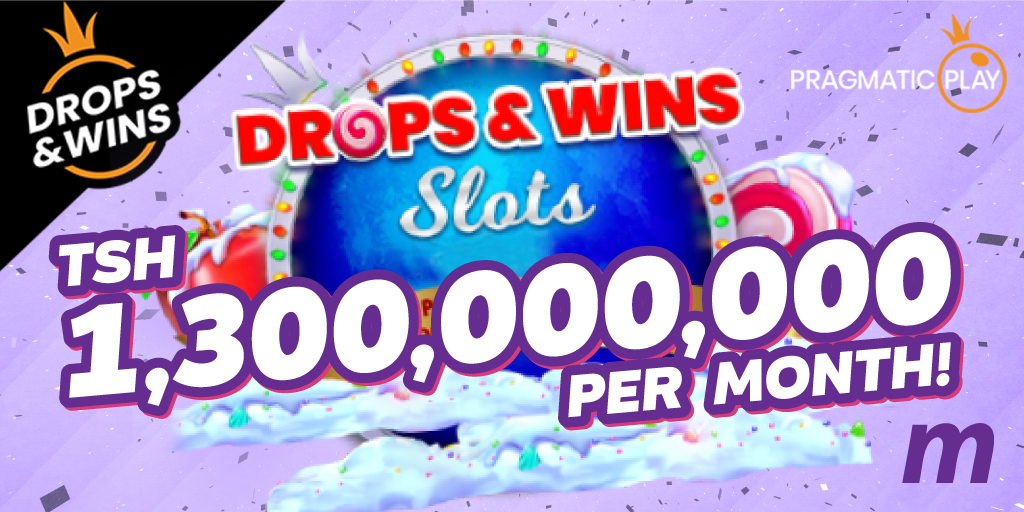 Win your share of 1,300,000 TSh EVERY MONTH brought to you by Pragmatic Play!

Meridianbet is offering you the change to enter and win in a range of one week tournaments with daily and monthly prizes!

You've got to be in it to win, enter our Drops & Wins promo now!

General Rules of the Promotion:

The promotion consists of a total of 12 (forty) 7-day tournaments, each held from Wednesday at 19:00 to the following Wednesday at 18:59, as well as 84 days with Random Prizes awarded in parallel (simultaneously) with the tournament.

The total prize pool is 1,300,000 TSh or the equivalent of local currencies.

The Drops and Wins Winter Edition promotion is divided into 3 phases. Each Phase consists of 4 identical 7-day tournaments and 28 days of random daily prizes running in parallel (simultaneously).

The games that participate in the promotion change from phase to phase and are listed on the promo page below.

Each spin can activate one of the random cash prizes.

If it is won, the random cash prize is paid out automatically, immediately after the spin.

A player can receive multiple random cash prizes in one day.

The awarding of cash prizes ends at midnight, or when all prizes scheduled for that day have been paid.

All prizes for the winners from the site meridianbet.co.tz are paid in dinars and are suitable for picking up or playing a complete offer from the site.

Players can check their placement in the tournament at any time as well as how many random prizes are left to be shared that day, by clicking on the picture of the gift packages within each of the games participating in the given phase of assistance.

All registered players from the site meridianbet.co.tz can participate in the promotion, but also all players of all other operators (other casinos) that offer Pragmatic Play games. There is no guarantee that any player from meridianbet.rs will win any of the prizes.

Meridianbet and Pragmatic Play reserve the right to terminate the promotion at any time and to cancel the results and not pay the prize in cases where the player's result is partly or completely due to an obvious error, technical problem or malfunction of the game, regardless of whether the error , the problem or malfunction is the result of human, mechanical or software error, as well as in cases of fraud or joint play by multiple players.

Tournaments will be held:

The criterion for ranking players in all 4 tournaments is "the biggest hit quota", ie the biggest win from one spin, in proportion to the role. For example, if a player wins 100 euros for a bet of 1 euro from one spin, it means that he has hit the "odd" of 100 (ie he received x100 in relation to the bet) and thus has 100 points on the ranking list. If he hits a higher "quota" during the tournament - his result is automatically corrected.

There is no minimum bet per spin to participate in tournaments. Each bet counts for the tournament. Points (ie odds) are not added up, but only one biggest win during the tournament is counted, regardless of when it was achieved.
If 2 or more players have the same number of points at the end of the tournament - the one who achieved the result earlier will be better placed.

The projected prize pool for each of the 4 tournaments is € 62,000 and is distributed to 1,200 players by multiplying the stake affected by the winning odds, as follows: If the winning bet has exceeded €10, it will be considered to have been played to exactly € 10, so that €10 will be multiplied to calculate the prize.
Prizes are paid out to the winners automatically, immediately after the end of the tournament.
The projected prize pool for random cash prizes during Phase 1 is € 63,000 per week / € 9,000 per day, and is distributed as follows: There is no minimum bet per spin to participate in tournaments. Each bet can run Cash Drop.

Prizes will be paid automatically to winning players, immediately following the spin.

Rules for later stages of the promotion will be announced at a later date. 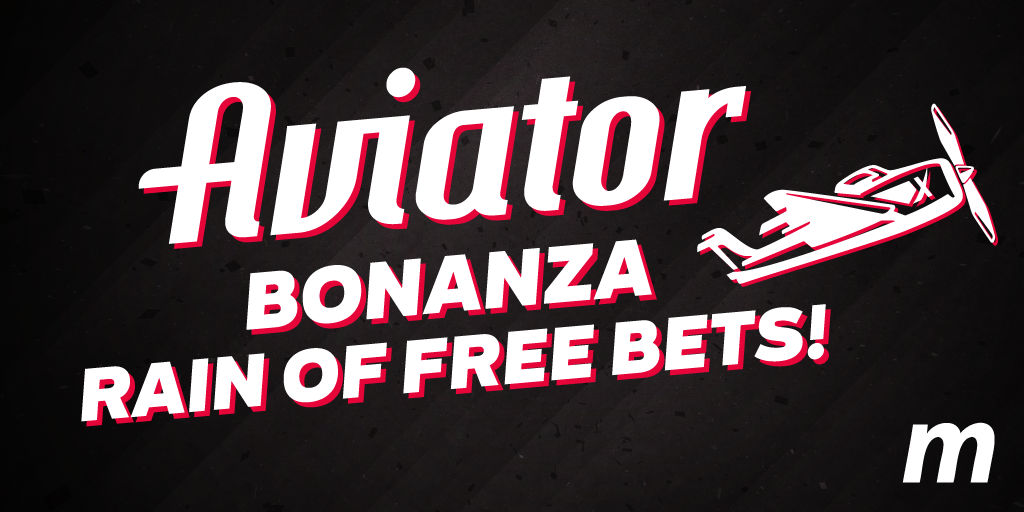 Win big with Aviator and Meridianbet! 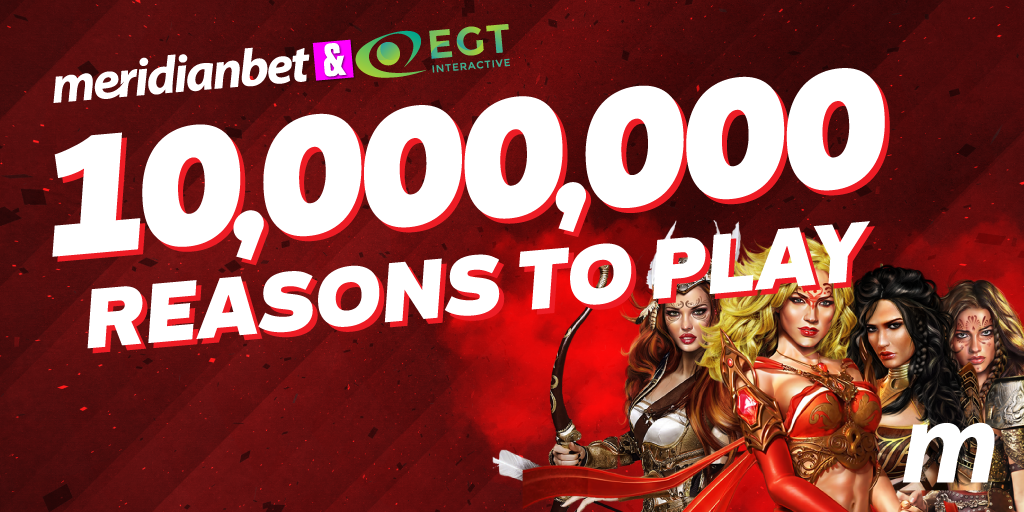 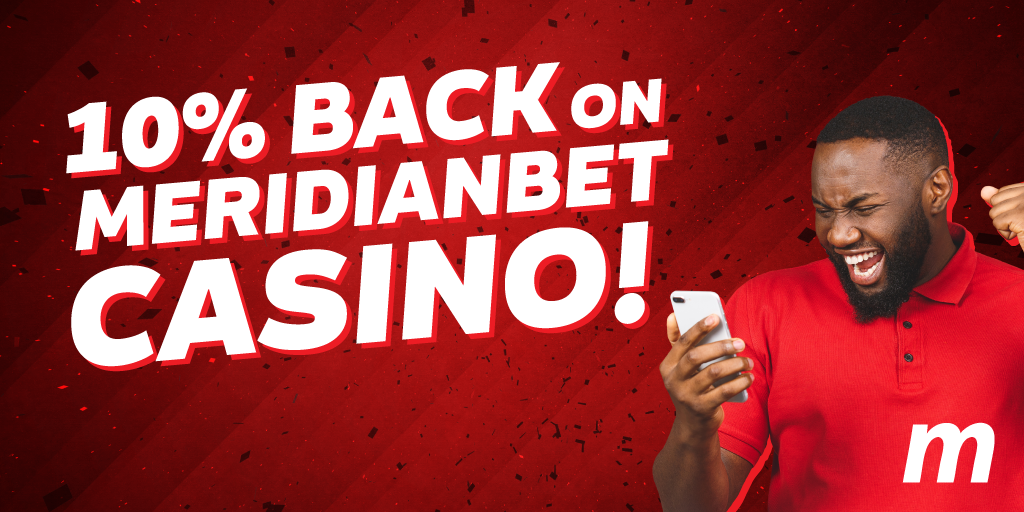 Get 10% of your Online Casino Losses Back with Meridianbet!